I Can Eat These

I Can Eat These | Food Allergies| Baked Goods 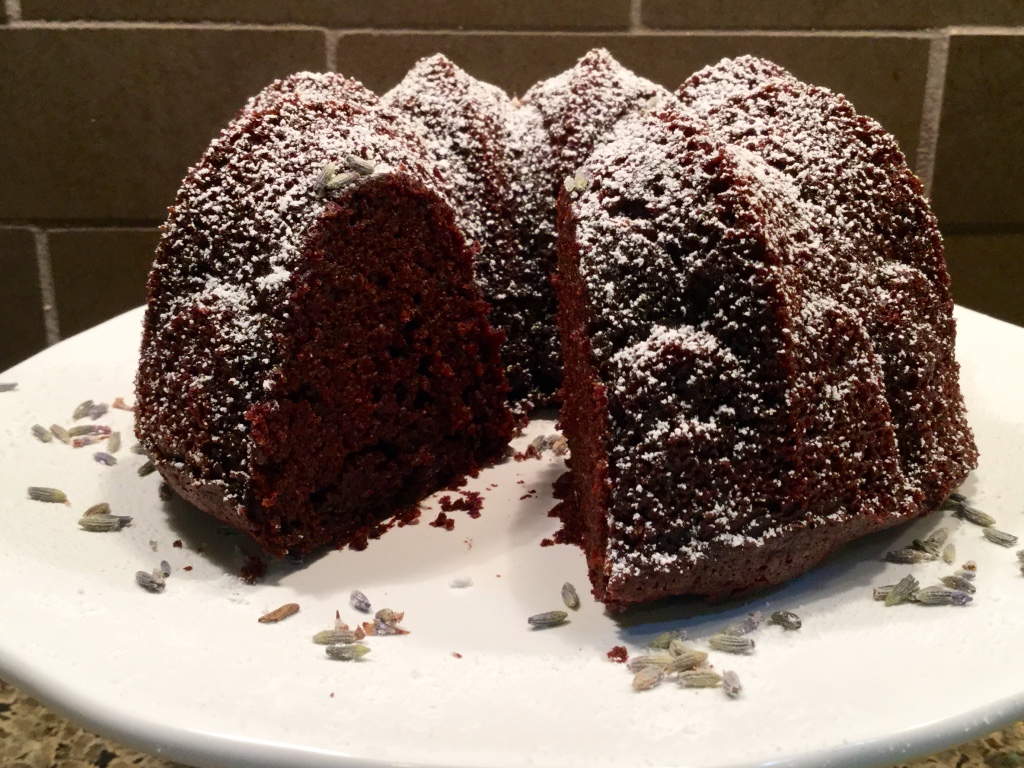 While eating chocolate cake isn’t associated with the food allergic and autoimmune disease lifestyle, we all know you are going to want to eat a piece of chocolate cake at some point in your journey. Liberated Foods might be part of your way to having your cake and eating it too. Photo provided by Estella Martinez.

The meal tray arrived off the cart as ordered: a plain, dried-out beef patty conspicuously missing an oily sheen of healthy fat, a plate of steamed broccoli, just barely tender from its hot sauna, and a 70’s style cassolette of plain brown rice.

I rolled my eyes. I  was now looking at  lunch and dinner meals for the next two, maybe three days, in this exact presentation. It was, after all, a hospital.  I might die from boring food rather than this infection in my leg.

If it wasn’t for some smart decision-making that led me to cook some Celiac-safe foods at home before I walked into the ER on a Saturday morning, I wouldn’t have had a cooler full of supplemental food my husband brought in. Separated from my kitchen, my Mission Control where I make my favorite foods and add special touches I can’t find in most restaurants, I was about to resign myself to plain meals without embellishment, dessert, or treats, when I remembered that I had someone to call.

I texted Estella Martinez of Liberated Foods. Her gluten free, dairy free, nut free tea cookies. I can eat these. I texted her, half hope and half desperation. And she responded!

Read on for why I can’t stop talking about Estella’s tea cookies and other allergen-free foods.

Fortunately for me, my hospital stay for an infected dog bite was limited to just one day after I had remembered I had Estella’s contact information on my recent caller list. I ended up telling her there was no need for a special delivery. But let me tell you why Estella’s baked goods made me ga-ga for getting them if I had to stay longer.

Regular readers of the My Allergy Advocate blog already know that I rarely promote treat foods, let alone gluten free baked goods. If you don’t believe me, use the search bar and type in “dessert”. You will get four educational blog posts and no recipes for desserts.  For many of us, desserts and baked goods remain either no-go foods, or they are filled with excess sugars, inferior gluten-free flours that don’t add much to our nutritional profiles, or they taste pretty awful. The Onion even has a pretty funny photo on their website with the image of a bag of sand and the caption, “Gluten Free Pancake Mix.” It would be even more funny if it wasn’t so close to the truth.

Through a notification on Alignable,  I discovered that Estella had opened a bakery not far from my former office in Pioneer Square. An email and a phone call or two later, Estella sat across from me at Hing Hay Park to talk about the inspiration behind her top-eight allergen free baked goods.

Estella Martinez’s approach to cooking and baking allergen free and gluten free was initially inspired by her role as personal chef in the lives of her family members, and in particular, her now teenage daughter who had multiple food allergies as a child. 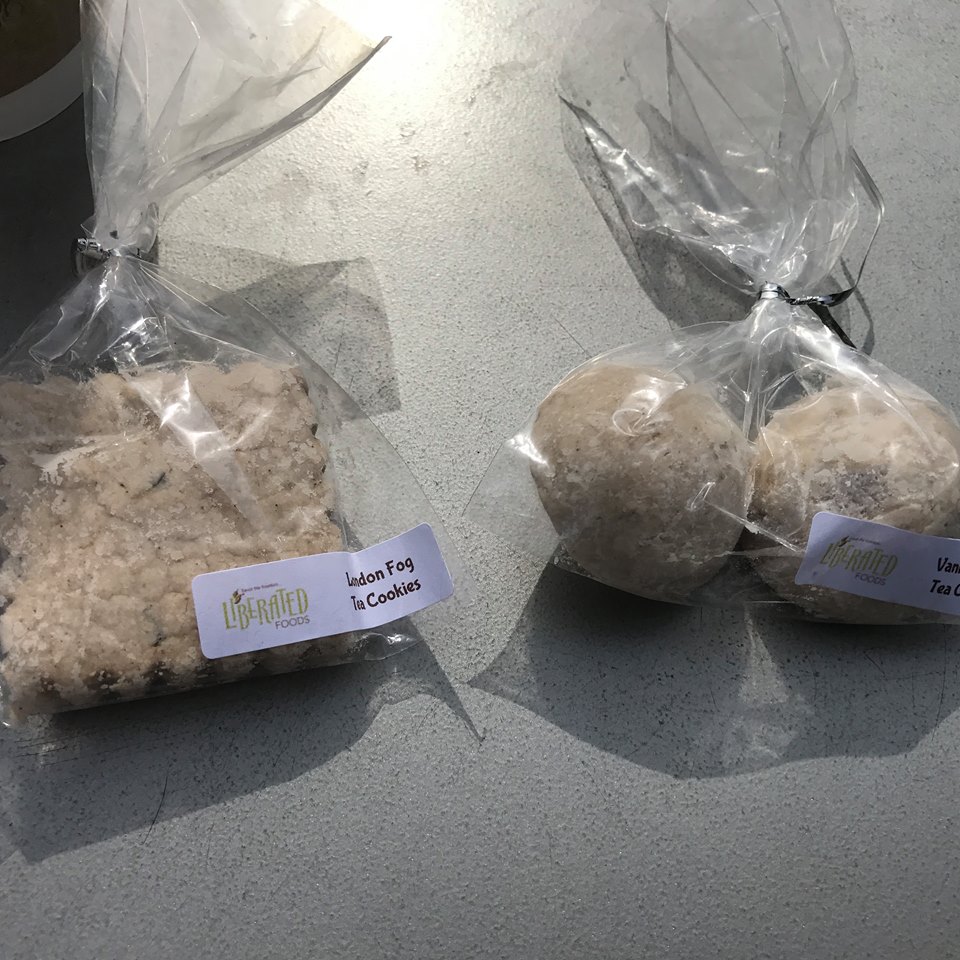 Tea cookies! Yes, really! Photo taken on my iPhone 7 Plus, used with permission.

She did none of that. And my tummy is so grateful.

Going even further, Estella eliminates potato, rice, corn, yeast, and sesame from her lineup of go-to ingredients, since many people with food allergies develop sensitivities to these foods. If you’ve been following my journey, you’ll notice I’ve had to remove nightshades (potato), corn, and sesame from my diet as well. Right along with making her food soy, wheat, dairy, nut, shellfish, fish, egg, and peanut free, you won’t see these other ingredients.

Just by chatting with her about her choice to avoid modified starches and to source her flours very carefully, it becomes clearer that Liberated Foods is well named: everything she prepares has been freed from the ingredients that while gluten free, aren’t necessarily making people with food allergies or gluten intolerance feel better or eat healthier.

Yes, I Can Eat These 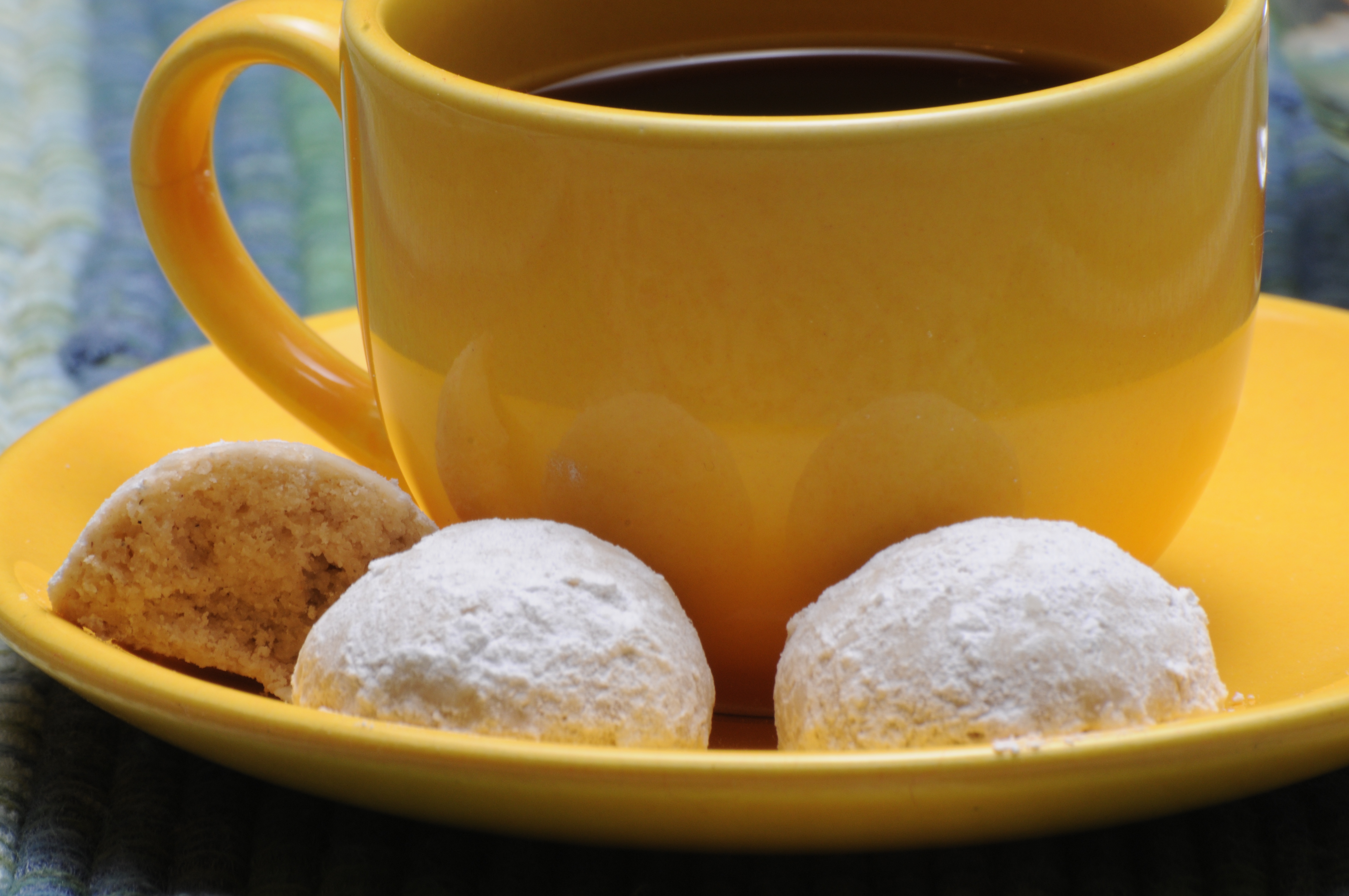 Tea cookies, anyone? I can eat these! Photos provided by Estella Martinez, used with permission.

When Estella told me how she developed foods to not only feed her food-allergic daughter but also provide foods for the rest of her family so that she didn’t have to create multiple meals, I knew that she had to become smart about packing nutrition with flavor in a clever way.

Unless you are gluten free or you are a culinary chef, the average home baker doesn’t spend a lot of time learning to bake with ancient grains like millet and sorghum. But as you can see, Estella isn’t your average home baker. She’s personally motivated to create allergen-free baked goods that nearly anyone could — and would! — eat. She has also plumbed her Asian background to produce favorite foods from ingredients that don’t tend to cause inflammation. That means an entire classroom of children could eat them, not just the one child with a nut allergy. Food, then, can help to bring inclusion, when there is so much exclusion for the food-allergic child.

Of course, I am an n=1 Medical Unicorn, a Sensitive Celiac, and sometimes reactive to alternative flour baked goods. Would I be able to eat these? I took samples of her tea cookies home, laid them out on the counter, made myself a cup of tea, and opened one.

Rich flavors like lavender, cinnamon, sorghum, and millet filled my mouth with their subtle nuanced flavors. Instead of being suffocated with sugar as I remember with the last  real oatmeal cookie I ever ate, Estella’s tea cookies were rich without being overpowering. I enjoyed smelling each cookie before nibbling, the way its meant to be enjoyed.

Each cookie had crispness on the surface without staleness, and softness in the middle without under baking. I had the sense that I could display a pile of these tea cookies, some with chocolate and others with vanilla bean, and they would go well with ginger tea, lemon verbena, and orange spice.

And no surprise. Minus all the top eight allergens plus the removal of other tummy-sensitizing culprits, these tea cookies are likely the closest thing you’ll find to a “clean cookie.”

So, let’s be reasonable. Eating a cookie or a piece of cake is never going to replace a sensible meal and clean eating. Yet we all know that we are each going to find our cookie in the world! And it must be allergen free, safe, tasty, and be made consciously by a personal chef motivated by love and social justice.

Liberated Foods has an online store where you can place limited orders; contact Estella directly for some of her other offerings that are not yet on the online store. 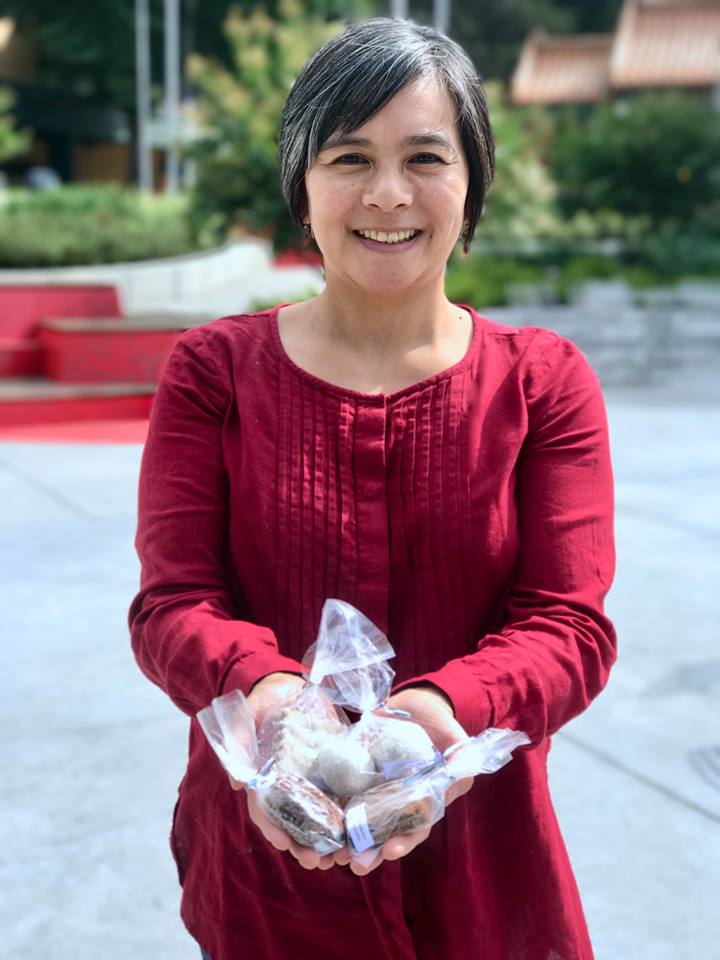 Estella Martinez shows off a handful of her exceptional allergen-free tea cookies. On location at Hing Hay Park (close to her location) in Seattle. Photo taken on my iPhone 7 Plus, used with permission. 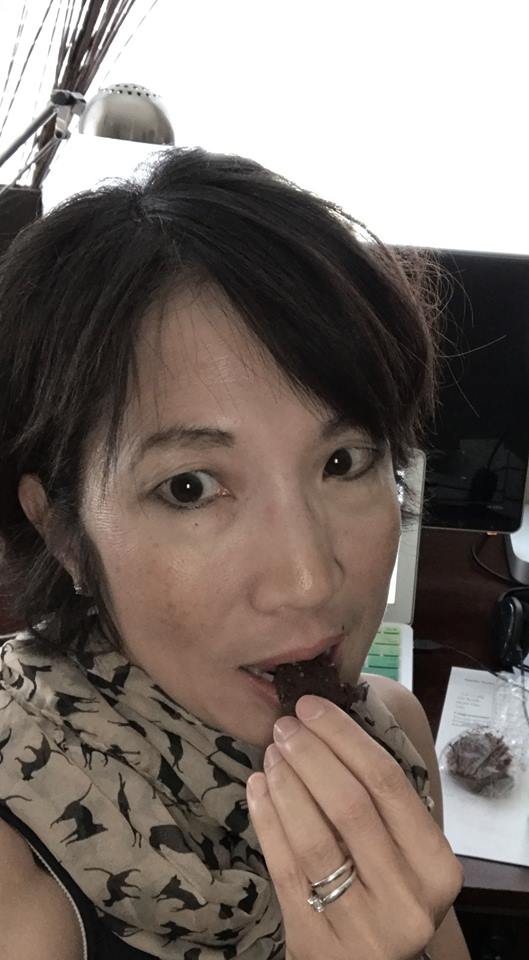 If you would like more information about Liberated Foods, or how to get Estella’s lovely allergen-baked goods in your home or child’s classroom, please contact her directly here.