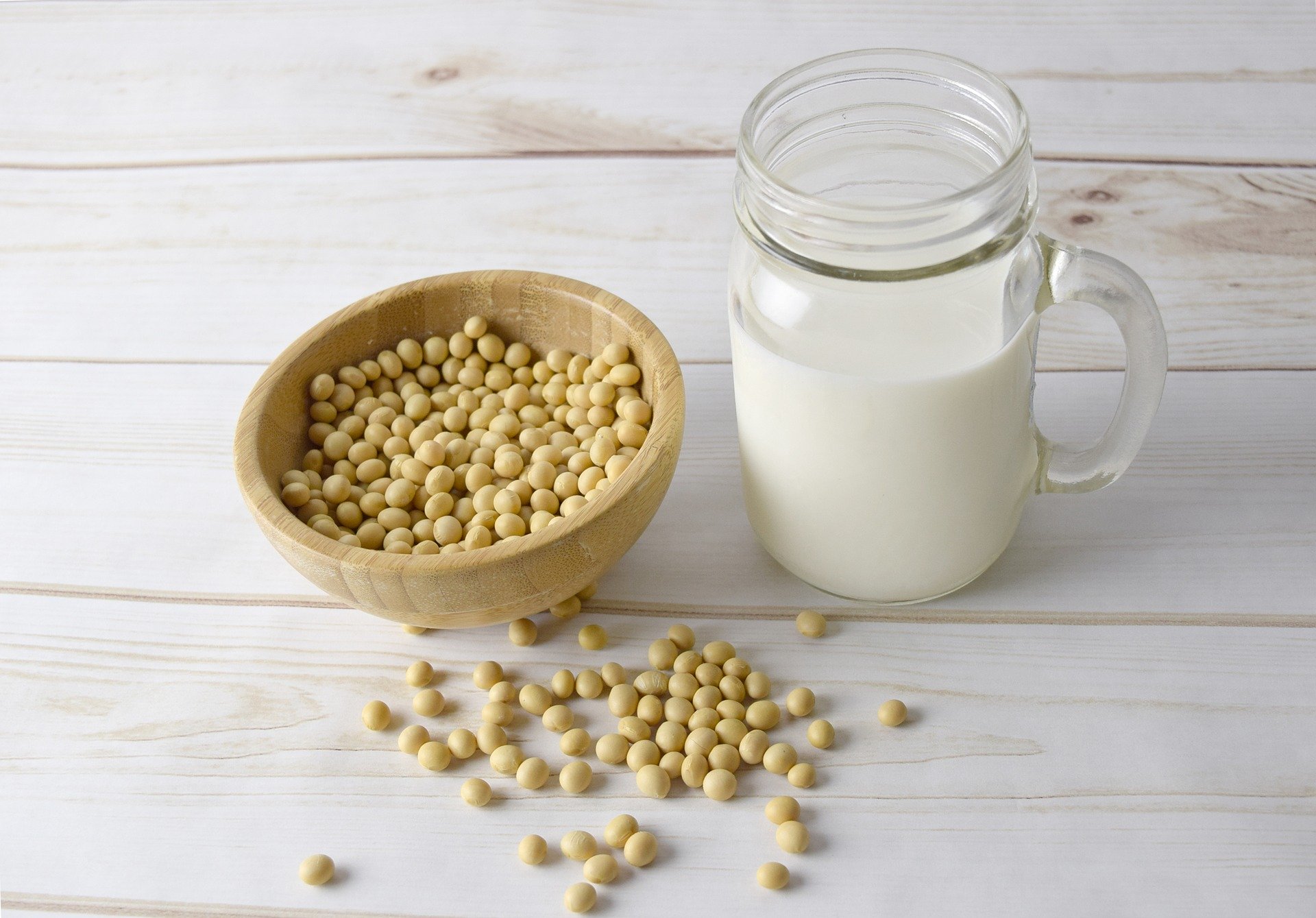 As Seattle techworkers were told to work from home, followed by Washington State Governor Jay Insee ordering residents to stay home and avoid all non-essential work and travel, the stores began to empty of hand sanitizer, toilet paper, and basic staples.

For this food allergic, food intolerant, and gluten intolerant woman, I’d been rehearsing the behaviors and the execution of cooking from home for years before the COVID-19 pandemic hit our shores. While the closure of restaurants to all but online orders and contact-less pick up meant that some businesses would shutter, I instinctively knew (and could rationalize) that it made more sense for my health and safety to purchase groceries and cook my own food.

Not having to deal with cross contamination issues and potential mistakes, which do happen in even the most careful commercial kitchens, is simply smart, survivalist thinking for the food allergic, food sensitive, and medically-necessary dietary profile eater. Other than a couple of times I have eaten taken out food from vetted restaurants, I’ve eaten food I’ve cooked or assembled for myself

So, how on earth did I end up getting sick on hidden soy in my refrigerated and pantry items, not once, but twice?

First of all, let me state the obvious. I don’t think soy is evil, just like I don’t think wheat, barley, or rye gluten is evil. I don’t preach to the masses to avoid soy. For many peoples across this planet, soy is a source protein and a necessary agro product that keeps their people alive. It’s even a health food among vegan and vegetarian eaters, and the more common belief about soy is that is healthy.

I’m just not one of those people. Soy is not a healthy food for me, and there are reasons why.  Keep reading, and you’ll hear my story with soy, which is repeated among others who also have strong food allergies and must avoid soy.

Unless you live on a farm, you’re getting your food from a grocery store. If you decided to try online grocery shopping with a contact-free curbside pickup option outside your favorite grocery store, welcome to Pandemic Grocery Shopping 2.0!

Honestly, I think online grocery shopping with curbside, contact-free pickup has been a fantastic option for those of us living in larger towns that support this option. Along with special shopping hours for seniors and permission to cut to the front of the line for first responders and healthcare workers, grocery stores were some of the first businesses to quickly pivot using technology to help make grocery shopping more efficient and more safe by reducing the numbers of people roaming the aisles as well as the amount of time searching for items.

Did your grocery store place a digital warning on its website whenever you check out an ingredient label? Mine did. It basically says you should:

Like a tiger hidden in brush, a pedestrian just passing by should scan ahead and make sure the coast is clear!

It’s been a very long time since I’ve had a reaction to soy because I’ve been very careful to avoid it. My symptoms appear in the first couple of hours: headache, mild nausea, GI distress, followed by shortness of breath, chest pressure, low blood pressure, dizziness, and fatigue.

We ordered our groceries online, which included a dozen eggs. The eggs we received were not the usual brand I order, but nonetheless, I ate them. Quickly, I noticed some of the symptoms listed above, yet I could not figure out the source. But when I stopped eating these eggs, the symptoms went away. Source of soy: the eggs. For a research article on how soy shows up in eggs, read this.

The second time I got sick was after eating a can of tuna fish. On the front of the label, it said that it contained only albacore tuna and water. On the back, it also listed albacore and tuna, but in smaller print, it was processed in a vegetable broth. A few hours after eating the tuna, I felt sick and went to bed early. In the middle of the night, I woke up with chest pressure and shortness of breath, and was able to treat my allergy symptoms with Benadryl before they worsened. With help from my M, we were able to determine quickly that the source of the soy was from the vegetable broth it was cooked in.

Soy What? What’s the Deal With Soy?

So what’s the deal with soy?

First of all, soy is one of the, “Top Eight” allergens that are responsible for the majority of allergic reactions in Americans (note: other countries may have adopted a Top 10 allergen list, adding mustard and sulfites). Soy contains over twenty proteins from which humans can react to, and to make things more complicated, soy is used as a food, an emulsifier, a protein substitute, and a filler. In essence, soy is in so many foods in a variety of forms, it is difficult to avoid. For a short article about soy and a list of soy-containing foods, take a look at the NY Allergy website.

Soy first came up on my personal radar within the first year of diagnosis with Celiac Disease. As I removed all the gluten from my diet, I still had to consider what else was making me feel ill. After consuming some sushi with a small amount of tamari, a gluten-free soy sauce substitute, I had a strong reaction to my meal. By isolating the tamari and testing again, I discovered reactivity via observation; this was later confirmed through allergy testing.

While cross reactivity with legumes isn’t very common, it is possible. I had already had a long-standing documented food allergy to peanuts (a legume, not a nut), and I had noticed a reaction to peas and tamarind, a leguminous fruit. From that point on, I joined the millions of others who avoid soy.

As previously mentioned, soy is in everything. It is an inexpensive filler ingredient that pops up in everything from mayonnaise and dressings, sauces, cheese, soups, and vegetarian substitute foods such as veggie burgers and meat-less sausages, protein powders and health-oriented foods, and dessert items.

Many commercial foods that cater to gluten free customers have soy in them unless its target market are those who need not only strict gluten-free food but also very pure items. By the time you find a product that is not only gluten free, dairy free, corn free and high fructose corn syrup free, you’re more likely to discover that the product is soy free as well, because that item is usually more expensive to produce, ounce for ounce, than its tasty counterparts that use the less expensive fillers such as soy, corn, and wheat flour. It is, by nature, a tough market to cater to.

As long as soy remains a subsidized food for agricultural farms to produce to feed the masses, I don’t see much about hidden soy in American food staples changing; if anything, we should expect to see the opposite. For those without food allergies yet living on a tighter budget, soy is a less expensive alternative for protein. Think about it: if you and your family can eat peanut butter, and you’re living on a tight budget for a family of four, how tempting is it to buy the jar of tasty peanut butter that may be as much as six dollars less than the pure peanut butter with nothing but peanuts, peanut oil, and salt? Suddenly, soy doesn’t seem so bad at all.

When I mentioned to a friend that I had become sick on something that had hidden soy, another person asked why it might hard to avoid soy in the first place. Her response was immediate: “Because soy is in everything!’

Instead, you’ll need to release your inner detective, and perhaps now more than ever, when it comes to making sure your food is soy free if you are someone who needs to avoid soy at all costs. In response to the global pandemic, the FDA has changed its guidelines on food labeling in order to keep food supply chains as undisturbed as possible. For the most part, the biggest changes will be at restaurants, where substitutes can be made without label changes. There appears to be assurance that the relaxation on labeling will NOT apply to Top 8 allergen foods, of which soy is one of them.

Still, this leaves myself and others who are more vulnerable to food allergy exposures because we have multiple food allergies as well as food allergies that aren’t in the Top 8 categories.

You are better off being your own detective, and remain on alert:

Have you had an experience with hidden soy in your food during the coronavirus pandemic? What are you doing to avoid a soy, especially if the area you live in is experiencing any interruptions in food supply chain delivery or as restaurants are reopened again? Please share your stories in a comment, or if you prefer to send them anonymously, please note that in your comment so I can remove your identifying details.

I hope you are able to keep making food fun again, as well as safe and allergen free.