A Short Primer in Scatology

A Short Primer in Scatology 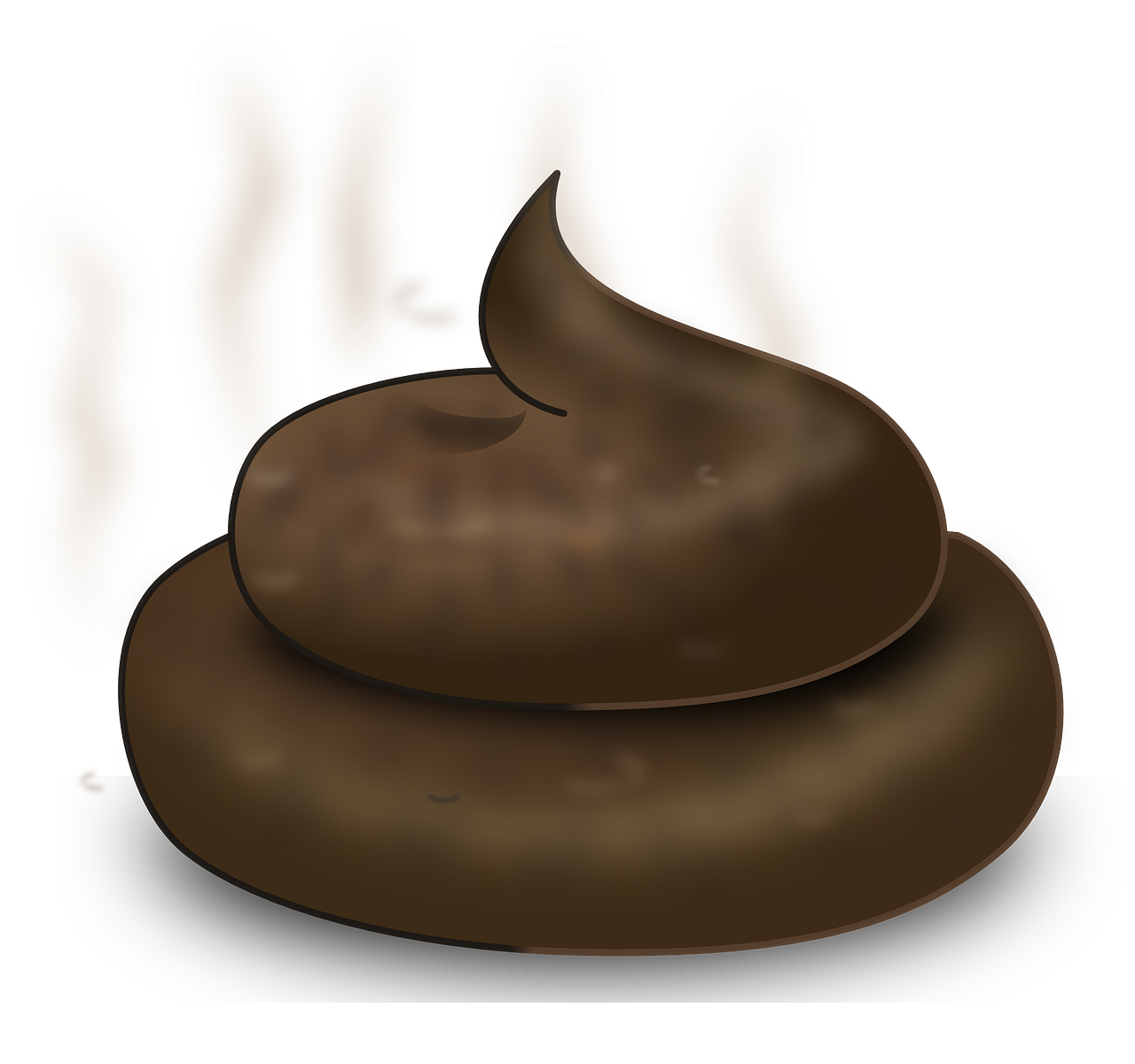 We are so squeamish about our “bathroom business”, yet it’s an important part of our health. Here’s a short primer on your scatology!

Apparently, you can learn a lot about people and animals from samples of their poop.

Yes, really. Scatology is a field of research centered on what can be learned from excrement. We can tell what diseases ancient kings died from, and what civilizations ate before the invention of modern industrial farming.

You might be wondering, “Why is this woman writing about poop? This is gross.” Yet the reality of life is that everyone has to take a dump, and the regularity, consistency, and efficiency of your guts to extract nutrients from food and excrete the waste is as important for your health as it is to take care of your heart health and your brain function.

In other words, if you have problems with your poop — going out, staying in, too liquid, too fatty, constipation, too bulky, etc.,  — you are one unhappy person while it’s happening. Or not happening.

Over the weekend, I participated in my first 200 mile(ish) Ragnar Relay Race, Northwest Passage Ragnar. About 500 teams consisting of six or twelve runners covered the distance from the Peace Arch Park near the Canadian Border in Blaine, WA, to the fairgrounds in Langley on Whidbey Island, running against the clock to complete the distance in under the 36-hour time limit.

With that many people in a sold-out event, it is an administrative wonder to orchestrate, with hundreds of volunteers, parking lots and high schools for meals, rest areas, traffic flow officers, hot showers, and hundreds of porta potties. Honey Bucket even has a, “Honey Bucket Selfie” contest, whereby users take a fun photo in front a Honey Bucket, add the proper hashtag, and submit the photo on Social Media (BTW, I think this is a brilliant SoMe campaign). The selected photo owner gets a free Honey Bucket or $1000USD cash.

But I digress. Let’s dive in (no pun intended) and talk more about poop.

Since I talk about food all the time here on the blog, it’s really fair game to talk about poop. The problem is, people in Western societies aren’t comfortable talking about this very private process of waste management. We talk about what we eat or don’t eat, how we exercise or avoid exercise, what cable series we watch, and even our sexual interests and appetites. So, why not talk about poop?

Why We Don’t Talk About Guts and Poop

I think Giulia Enders has written one of the most straight-forward and entertaining synopses of the function and psychology of the gut in her 2015 runaway hit book, “Gut: The Inside Story of Our Body’s Most Underrated Organ”. In it, Enders details why we don’t talk about our guts and poop:

But the gut, in most people’s eyes, is good for little more than going to the toilet. Apart from that, people think, it just hangs around inside our bellies, letting off a little “steam” every now and then. People do not generally credit it with any particular abilities. It would be fair to say that we underestimate the gut. To put it more bluntly, we don’t just underestimate it, we are ashamed of it — more “guilt feeling” than “gut feeling”!

Did you catch it? Shame is the reason. We often experience shame talking about what is going on behind that closed door of the bathroom, porta potty, or restroom stall; in fact, we are often encouraged to fence off this part of our day from everyone else because of sounds, smells, or appearance. It’s taken a long time to bring intestinal cancers to mainstream discussion, or to encourage scientists to publish more studies on gut function.

In some ways, the increased interest in eating gluten free as a diet aid has actually done scientific research a favor. We’ve seen an increase in research studies yielding important information on gut flora, microbiome development, the brain-gut connection, and intestinal permeability.

But we still get squeamish about poop.

Unless, you are a runner.

Why Runners (and Cyclists!) Will Talk About Poop

As one runner in our van for Ragnar weekend declared, “Real runners are good people.” She was referring to the level of planning, execution of running training, and general race course etiquette we witnessed. Of all the things people can spend their time on, endurance running breeds a certain kind of character and heart. Runners who want to get faster and stronger accept a lifestyle that includes clean eating, less late nights and more early mornings, and diverting money for running shoes and registration fees. If they are married with kids, runners become excellent project managers while coordinating the delivery of home-cooked meals to the table, helping with homework at night while fighting fatigue, and balancing time with their spouse.

And of course, runners talk about their guts and poop. Why? When triathletes were surveyed about racing, over 70% stated that gastrointestinal distress was a serious concern that had affected them enough to cause a drop in performance. Translation: no one wants to run with a tummy that is crying for a drippy dump on the side of road.  Worse yet, no one wants to quit a race because his/her stomach won’t let them finish. But it happens, and it happens to pros and amateurs alike. 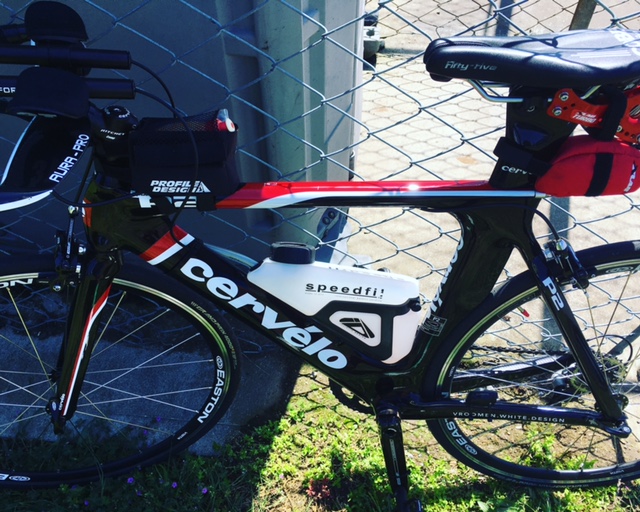 My triathlon bike, aka Snappy Dragon, parked in front of a Honey Bucket on a planned stop during a 56 mile bike ride.

On my long trainings outdoors cycling or running, I plan my trips to include known Honey Bucket stops, gas stations, or grocery stores where I know I can use if I need it. For rides longer than a few hours, it’s a necessity.

Runner forums and magazines dedicate entire sections and discussions to training and racing nutrition, sometimes for weight loss, but mostly for performance. Occasionally, the articles include tips on how to avoid race-day accidents. Nobody wants a “poopy pant” or a vomiting experience, but we all know someone who has had one or both of those. Endurance runners literally brag about learning how to take a dump in the woods, especially when they are exhausted and too weak to squat properly. It almost seems like a rite of passage for anyone running a race that lasts more than eight hours.

On the second morning of Ragnar, I ate my breakfast of rice stick noodles, 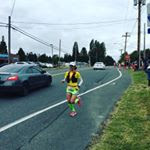 A plan for nutrition while exercising also means planning for elimination. As an RN, I have no qualms about talking about GI health, so let me help you talk about it with your health professional.

dehydrated kale, and dehydrated beef jerky, all reconstituted in a thermos with boiling water. After drinking a cup of coffee, a known stimulant effective for encouraging the evacuation fecal matter, I lined up with others in front of a row of Honey Buckets, waiting my turn. As a woman exited a stall, she said to me, “Good luck in there!” and gave me a strange smile.

I knew exactly what she was talking about. Given how many runners had already come through this area before our van, I had to imagine that these temporary toilets had not yet been cleaned.

Sadly, I was correct. My winning Honey Bucket was piled high with excrement, and there was a bit of vomit in one corner. One peek inside, and I imagined how many runner’s races were going sideways. As for me, my time inside was successful, and I finished up as quickly as I could to get away from the stench.

As I left the stall, the next runner in line saw my satisfied smile and said, “You’re so lucky!”  I knew exactly what she was referring to. By this point in the race, anyone having problems with bowel movements were likely making decisions to either medicate preventatively by taking an anti-diarrhea medicine, or encourage a bowel movement by drinking coffee.

Assuming you read my blog for all things food, food allergies and intolerances, and autoimmune disease, it’s a good idea to understand a little more about your own GI health. Maybe it’s time for you to break free from the squeamishness surrounding your bathroom business, and shine a light on it instead!

While this blog is not meant to be a replacement for sound medical advice from a licensed doctor or naturopathic practitioner, there are some general suggestions that benefit anyone wishing to improve their understanding of their gastrointestinal health.

Next time you are queuing up to use a Honey Bucket, I hope you’ll be putting this primer about personal scatology to use.

Ragnar Northwest Passage finisher medal, one of 12 on Team Sisters, Misters, and Blisters 2016. Used with permission.